I loved today’s ride! I was still reaping the rewards from the Leggett hills. The day was beautiful. How can you NOT be happy when you wake up to views like this? Needless to say, I started off the day on a high and boy it continued. This was helped by the amazing sleep that I got too. The grass was soft (I didn’t have a ground mat so it all helped!) and there was no other sound apart from the ocean.

Jace and I were splitting ways for the rest of the tour today. So despite the good feelings from sleep and weather, there was a little grey cloud looming ahead. He was meeting up with a friend who was on holiday in Gualala, which was on the edge of Mendocino County. We rode together for the first third. We stopped at Trinks Cafe in Gualala for some lunch. We made it last. We agreed to meet up in San Francisco if the timing was right but that was probably going to be the only chance for the rest of the trip. I only had 3 days ride left (including today) and he was taking a few days break. After hugging it out, Jace’s shed copious amount of tears and I had to fend him off. “Jace, this is going to be good for you. Trust me”.

“shh shh, calm down, it will all be OK”. Once calm, I managed to peddle off, but I couldn’t look back.

OK . . . that didn’t quite happen like that – but it was sad all the same. I felt like his touring big brother.

The road continued as much in the same vein as yesterday. Rolling hills and sandy switchbacks. The sun was scorching but the sea breeze had a great cooling effect. This would mean that I’d have every chance of getting burnt without even knowing it. I already had some amazing tan lines on my arms and legs.

Like yesterday, I was cycling with a big grin on my face. I was enjoying the views and the road so much today that any pain I had was gone. My fitness is also pretty much as good as it needs to be for cycling these sorts of distances, so I could tackle all the hills with relative ease. When I wasn’t gawping at the numerous coves, I was thinking. It’s easier to process thoughts on the road because, to be honest, when you’re in the tent, you fall asleep pretty quickly after you lay your head down.

Fully in the Groove I was relishing the steep little hills that I came across. I had been bunny hopping with Scott and Andy over the morning and it was the first time that I had a sense of competition with others in my riding. It kept this to myself, and it was playful competition, but I wanted to get to the top of the hills before them etc. I think this is a good sign, I’m now looking beyond “can I make it?”.

I passed many good spots to have lunch and settled for some State Park fields just before Fort Ross which required a fence hop using a stile. I really felt how warm it was once I had stopped. I was sweating more sitting down than when I was riding. This issued me a stark reminder about my skin so I creamed up as soon as I could.

It was this ride after Fort Ross that had the perfect mix of challenge and enjoyment. There are some beautiful climbs between For Ross and Jenner and they are probably more ejoyable for cyclists than for car drivers. It was about 6 miles of relatively steep climbing. On the hillside there were lots of cattle, grazing over the golden fields, which were blowing in the wind. You could see the grass ripple as the wind changed direction.

The road was narrow and the cars would slowly over take you, slow enough to make eye contact. You could see an air of confusion as they went past. But I didn’t mind. I was just happy. The only thing I wasn’t so happy about were the cattle grids. Those gave me the jitters. I looked at them and thought ‘nah’ . . . I had to walk myself over them. No way was I going to kill myself trying to ride.

I took in this ride as much as I could. I knew that I only had a couple more days ride ahead of me, and that really made me feel sad. Also with a lingering sense of missed opportunity I made sure these last few days would really last. As I had mentioned, I was really in the swing of riding now. I had got up to speed, got through some challenges and I was ready to go on forever. In all honesty, if I didn’t have a canoe tour planned for 3 days after I got back from this . . . then maybe I would have continued through to Mexico. Who knows?

I had my first crash scare on the descent. I was going at a sensible speed, when I came to another, the oly problem was there were so many things to look at. I had a car hovering behind me ready to overtake, an oncoming car (probably wondering what the car behind me was going to do next) and a beautiful cove to look at. I was slightly distracted by all three of these when I suddlenly feel my panniers were soon scraping the metal barriers. After what seemed like ages, I stopped grinding the barrier and pulled myself back to the safe part of the shoulder, with a wobble thrown in there for good measure. There was a pretty steep drop down the otherside of this barrier so it looked like it would be a painful experience for sure.

Man that shook me a bit. I soon had to forget that as I had one of the hardest climbs of my life. OK, it was only a small switchback but it was the steepest part of the whole ride. I looked up at it and thought ‘how am I going to do this one?’. It was reminscant of Cap Sebastian  lookout point. I was in the easiest gear imaginable, out of the saddle, pumping as hard as I could in order to crest the top of this little hill. I was nearly at standstill by the time I got to the tipping point at which I started to roll easy on the flat. That was hard on a heavy, wobbly touring bike.

I do like switchbacks. Although they can be dangerous they are fun. One last thing I would highlight is that when you’re going in one direction, let’s say inland, the wind is with you and it’s awesome. As soon as you make that switchback, it hits you like a brick wall. It feels really odd as you’re being pushed and pulled all over the place. That doesn’t help too much with the climb.

I was pretty tired by now, but the rest of the ride from Jenner was so pleasant I forgot. 15 Miles more and I was at Bodega Dunes State Beach. I was there alone before the likes of Scott and Andy came along. It was a difficult site to camp at because it’s just impossible to plant tent pegs into the sand. There was another group of lads from San Francisco who were on a mini tour (not all of them quite looked like natural cyclists, but hey – good on them!) plus a guy who I realise I saw in Manchester. He was riding a fold up bike! I’ve seen it all now! 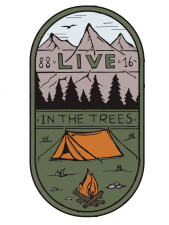